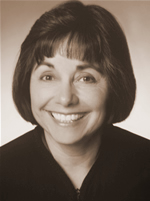 Evaluation: Judge Anna G. Martinez's overall results were positive. She was rated well for being punctual in commencing proceedings and prompt in scheduling of hearings and trials. She was also rated positively for her courteousness to employees. In addition, Judge Martinez has improved her judicial performance since she became a judge.

Experience & Education: Judge Martinez was elected to the Bernalillo County Metropolitan Court judgeship in 1994 and has continued to serve as a judge. She graduated from the University of New Mexico School of Law in 1982. She served on the Jury Improvement Standing Committee and the Judicial Conclave Planning Committee.