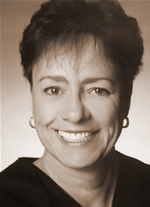 Evaluation: Judge Victoria Grant has served as a Metropolitan Court Judge since 1996, and has received mixed ratings. Her specific strengths are in maintaining proper control over her courtroom, promptness in scheduling hearings and trials, ruling on motions or cases in a timely manner, and attentiveness to proceedings. However, the Resource Staff (e.g. law enforcement officers) give her somewhat negative ratings when it comes to courteousness and for displaying a sense of fairness. She has, however, displayed a willingness to improve her judicial skills, and has exhibited a positive attitude toward self-improvement. She has also taken a leading role in the creation and operation of a Metropolitan Drug Court and the establishment of a Metropolitan Homeless Court.

Experience & Education: Judge Grant has served on the Bernalillo County Metropolitan Court since 1996. She graduated magna cum laude from North Carolina State University in 1980, with a BA degree in Sociology. She graduated from the University of Nebraska College of Law in 1983, and served as a New Mexico Assistant Attorney General and an Assistant District Attorney in the Second Judicial District. She served in private practice in both Albuquerque and Farmington, New Mexico. She has also taught courses in Sociology at the University of New Mexico and real estate law at the National Business College. She currently serves as the president of the New Mexico Association of Drug Court Professionals.