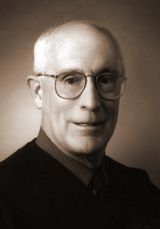 Evaluation: Judge Thompson received positive ratings in this evaluation process. In addition to strong ratings of his overall judicial performance, the judge received positive results with regard to his demeanor, his dignified manner in the courtroom, his attentiveness and control over the proceedings. He has continued to improve since his previous evaluation. Judge Thompson establishes goals for self-improvement and continually strives to improve upon his performance.

Experience & Education: Judge Thompson has served as a District Court Judge since his initial election to the position in 1985, serving as a judge in the Domestic Court, Juvenile Court, and Civil Court Divisions. Prior to this he worked in a general trial and office practice for ten years. Judge Thompson is also a member of several professional legal organizations. The judge received a civil engineering degree from the University of New Mexico and his law degree from Tulsa University Law School in Tulsa, Oklahoma.