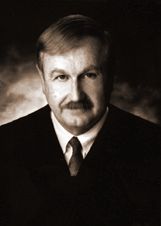 Evaluation: Judge Schneider received high scores from the various groups surveyed. Judge Schneider's strengths include demeanor and communication skills, docket management, and making decisions in a timely manner. Judge Schneider is also prompt in scheduling hearings and in commencing proceedings. This evaluation revealed no specific areas of weakness. The judge received high ratings in his previous evaluation, and has shown improvement in many areas, including knowledge of rules of procedure/evidence and rules of substantive law. Judge Schneider exhibits a positive attitude toward self-improvement.

Experience & Education: Judge Schneider has served as a District Court Judge in the Civil Division since 1994. Since 1996 he has served as Chief Attorney and supervisor of all subordinate attorneys for the New Mexico Army National Guard. Judge Schneider is a member of the New Mexico Bar, the Colorado Bar, U.S. Court of Military Appeals and the U.S. District Courts of New Mexico, Colorado, and Maryland. He is a graduate of the University of New Mexico Law School.