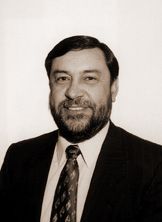 Evaluation: Judge Sanchez received favorable ratings in this evaluation. Evaluation results indicate that the judge is prompt, courteous, attentive, impartial, and that he behaves in a dignified manner. These ratings are consistent among all groups surveyed, including lawyers, jurors, and resource and court staff. Judge Sanchez stresses the importance of lawyers and the court performing as a team in the administration of justice. Court staff rated Judge Sanchez slightly lower in personnel management and maintaining appropriate hours.

Experience & Education: Judge Sanchez was elected District Court Judge for the Eighth Judicial District in November 1998. He is one of two judges in the district, and hears cases in Raton, Taos, and Clayton. Prior to his election as District Judge, he served as Director of Northern New Mexico Legal Services and worked in private practice. He is active in community, church, and school affairs. Judge Sanchez received his undergraduate degree from Western New Mexico University and his law degree from the University of Santa Clara; he also holds a Master of Arts degree in Business Administration.