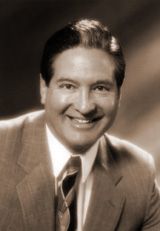 Evaluation: Judge Robles received high ratings as part of this evaluation in all of the areas surveyed, including overall judicial performance. Judge Robles has a long experience on the bench and years of work in the Civil Division of the court. Some of the highest scores he received were for his ability to maintain proper control over the courtroom proceedings. No specific weaknesses were identified as part of this evaluation. Judge Robles' previous evaluation indicated that he could improve his demeanor in the courtroom, and the judge subsequently developed a specific plan to improve in this area. The results of the current evaluation show a dramatic improvement in this regard. The Commission commends Judge Robles' willingness to develop specific and effective strategies for self-improvement.

Experience & Education: Judge Robles was appointed to the bench in May 1991 and elected in November, 1992. He has served on the New Mexico Supreme Court Commission on Professionalism and the Code of Judicial Conduct Committee. He is active in local youth programs and received the New Mexico Hispanic Bar Association's 2001 Truth and Justice Award. Judge Robles received both his undergraduate and law degrees from the University of New Mexico.