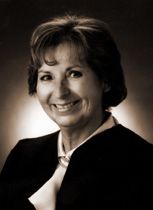 Evaluation: Judge Rivera is a competent judge. She is one of three judges who share the task of presiding over the Children's Court Division of District Court; she oversees the Juvenile Drug Court, which she began and has operated successfully for the past four years. Respondents rate her highly for her punctuality in commencing proceedings, her diligence in discharging her administrative responsibilities, and her timeliness in making rulings. Judge Rivera received mixed ratings for lacking sensitivity to the impact of her demeanor and nonverbal communication, for appearing arrogant, and for failing to behave in a courteous and dignified manner in the courtroom. Judge Rivera has taken specific steps to respond to these criticisms and is dedicated to improving her work in the courtroom.

Experience & Education: Judge Rivera was appointed the district judgeship in July 1997; prior to this she worked in private practice and as a judge of the Bernalillo County Metropolitan Court. She has been actively involved in numerous community and professional organizations, and has served as a speaker at national and local seminars on children's issues. Judge Rivera received both her undergraduate and law degrees from the University of New Mexico.