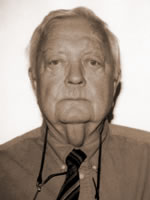 Evaluation: Judge Rich is a competent and experienced judge. He received favorable ratings as part of this evaluation. Respondents indicate that he performs his duties in a courteous and dignified manner and that he treats those who appear before him with fairness and respect. He also maintains proper control over his courtroom, exhibits strong communication skills, and is prompt in scheduling hearings and trials. Judge Rich improved in all areas of judicial performance and has expressed a desire to continue this trend.

Experience & Education: Judge Rich has served as District Court Judge since 1988. Prior to this he worked as Assistant District Attorney, as Southwest Regional Chief Trial Attorney for the Navajo Nation's Risk Management Division, and in private practice. His community involvement includes past stints as Director of both the Gallup-McKinley County Chamber of Commerce and the McKinley County Red Cross, and as President of the McKinley County Bar Association. Judge Rich received his undergraduate degree from Eastern Kentucky University and his law degree from the University of Cincinnati.