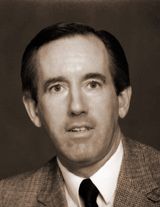 Evaluation: Judge Purcell has demonstrated a high level of competence and judicial skills. He received positive scores in this evaluation; some of his key strengths include his ability to maintain proper control over his courtroom, his dignified and courteous manner and his promptness and punctuality in conducting judicial proceedings. Judge Purcell has maintained or improved upon the positive results obtained in his previous evaluation. Such consistent evaluations indicate his commitment to the ongoing improvement of his performance.