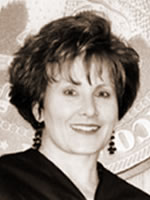 Evaluation: Judge Parsons received favorable ratings from all of the populations surveyed for this evaluation. Some of the highest scores she received were for her dignified manner and respect and courtesy to others, the sense of basic fairness and justice she displays in the courtroom, and her attentiveness and punctuality in conducting proceedings. This evaluation revealed no specific areas that Judge Parsons needs to improve. She has exhibited a sincere commitment to the ongoing improvement of her judicial performance, and in some cases, has improved upon ratings received in her prior evaluation.

Experience & Education: Judge Parsons has been on the bench as a District Judge since March 1997; prior to this she spent over eighteen years in private practice in Lincoln County and southern New Mexico. She has been an officer of the District Court Judges' Association and recently completed her second term as President. In addition, Judge Parsons volunteers time to teach at Eastern New Mexico University's People's Law School in Ruidoso and to visit with juveniles at Camp Sierra Blanca. She received her undergraduate degree from New Mexico State University and her law degree from University of New Mexico.