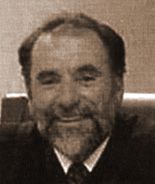 Evaluation: Judge Onuska received mixed ratings as part of this evaluation. Specific strengths include his administrative and courtroom management skills, with respondents indicating that the judge is efficient, hard-working and knowledgeable. Judge Onuska's high ratings for administrative efficiency stand in stark contrast to those he received in all areas relating to interpersonal skills. Respondents raised serious concerns about the judge's arrogance, perceived lack of impartiality and courtesy, and the negative impact that his general demeanor has on his courtroom. For these reasons, his overall judicial performance received a rather low rating. Although these weaknesses have been previously identified, Judge Onuska has expressed little desire to improve and his scores in these areas continue to decline.

Experience & Education: Judge Onuska has served on the District Court bench since 1985 and as Chief Judge for the past 16 years. His previous experience includes work as the District Attorney for the Eleventh Judicial District, as Staff Attorney for the Navajo Legal Aid and Defender, and in private practice. In addition to participating in numerous professional organizations, Judge Onuska serves on the Board of Directors for the Farmington Boys' and Girls' Club, is a member of the Connie Mack World Series Committee, and chairs the Juvenile Justice and Children Issues Committee. Judge Onuska was involved in the development of Grade Court and the DWI Jail and Treatment Program. He was also instrumental in getting funding for the statewide Navajo Court Interpreter Certification Program. He received his undergraduate degree from Slippery Rock State College, Pennsylvania, and his law degree from Notre Dame.