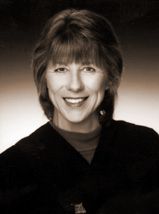 Evaluation: Judge Cecelia Niemczyk's performance as a Metropolitan Court Judge was rated satisfactorily by those surveyed for this evaluation. The ratings indicate that her strengths include handling court matters punctually, both in terms of commencing proceedings and in ruling on motions and procedural matters. She received favorable ratings for behaving in a dignified manner. This evaluation indicates that Judge Niemczyk is sometimes perceived as prejudging cases and not displaying a basic sense of fairness.

Experience & Education: Judge Niemczyk was appointed to Metropolitan Court in 1997 and was elected to that position the following year. Prior to this, she served as Assistant District Attorney and Deputy District Attorney for the Second Judicial Court. Her civic and professional activities include participation in the Moot Court and membership in a number of legal organizations. Judge Niemczyk received her undergraduate degree from the University of New Mexico Anderson School of Management and her law degree from the University of New Mexico.