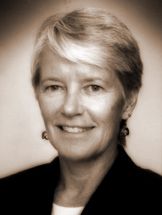 Evaluation: Judge Nelson was rated highly by all groups evaluated, especially jurors and court staff. Specific areas of strength included her dignified manner and her attentiveness to the proceedings. Lawyers gave favorable ratings for her knowledge of the rules of procedure and evidence. While the survey disclosed no specific weaknesses, Judge Nelson has demonstrated improvement in the area of promptness in scheduling hearings and trials.

Experience & Education: Judge Nelson has been a District Judge of the Eighth Judicial District, Division I, from February 1, 1988, to the present. Beginning in 1973, she worked in private practice in Taos and with Northern New Mexico Legal Services. Judge Nelson received the Outstanding Community Service Award in 1985; awards for outstanding contributions to the profession in 1991, 1994, and 1996; and the Outstanding Judicial Service Award in 1997. Judge Nelson was the 1996 Recipient of the Governor's Award for Outstanding New Mexico Women, sponsored by the New Mexico Commission on the Status of Women. Judge Nelson received both her undergraduate and her law degree from the University of California in Los Angeles.