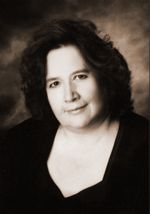 Evaluation: Judge Baca received satisfactory ratings from all populations surveyed for this evaluation. She received positive scores for her avoidance of prohibited ex-parte contact, her receptiveness to alternative resolutions, her attentiveness and punctuality in the proceedings and her maintenance of proper control over the courtroom. The evaluation also revealed some areas in which the judge needs to make improvements, however, her current evaluation reveals improvement over her previous evaluation. She has made a sincere effort to improve, even seeking the assistance of other professionals to do so and has indicated a willingness to continue her efforts in this regard.