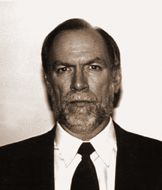 Evaluation: Judge Lynch received positive ratings in this evaluation process. Some of his highest scores were given for his knowledge of the rules of procedure, his clear written decisions, and his control and manner in the courtroom. He is perceived as a hard worker and a devoted judge who is well prepared for the cases that he hears. This evaluation did not reveal any specific areas of concern. The judge has maintained or improved upon the positive ratings received in his previous evaluation. Judge Lynch is dedicated to the ongoing improvement of all areas of his judicial performance.

Experience & Education: Judge Lynch has served on the bench since July 1995. Prior to his current judgeship, he worked in private practice, primarily in general civil cases. He is active in both community and professional organizations, including service as a board member for the Roswell Literacy Council and Camp Sierra Blanca. He also currently serves on the New Mexico Rules of Civil Procedure Committee. Judge Lynch received his undergraduate degree from Northern Illinois University, his law degree from the University of Illinois School of Law, and a master of judicial studies degree from the University of Reno, Nevada. His master's thesis on court-annexed mandatory arbitration has been accepted for publication.