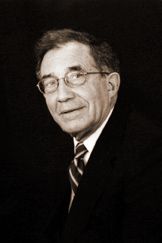 Evaluation: Judge Edmund Kase III received positive ratings in this evaluation. The ratings indicate that his strengths include his ability to maintain proper control over the courtroom, to behave in a dignified manner, to communicate his oral and written decisions clearly and to handle court matters with punctuality. He received high ratings for conducting himself in a manner free from impropriety. Judge Kase has maintained and improved upon the high ratings he received in his prior evaluation. He consistently strives to improve both his professional performance and the judicial system.

Experience & Education: Judge Kase has served as a District Court Judge since 1972. Prior to his current judgeship, he worked in private practice for ten years and was an Assistant District Attorney for just over three years. He received his undergraduate degree from Princeton University and his law degree from the University of Pennsylvania.