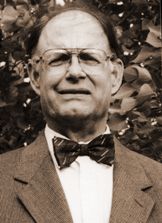 Evaluation: Judge Jones is an experienced, knowledgeable judge who received a positive evaluation. He obtained some of his highest scores for his behavior in the courtroom, including his courteous and dignified manner toward others. These evaluation results indicated some areas for improvement, including Judge Jones' punctuality in commencing proceedings and his preparatory review of cases. However, the judge is committed to taking specific steps to improve his performance in these and other areas.

Experience & Education: Judge Jones brings a great deal of experience to his position, having served on the bench since January 1986. Prior to this he worked in private practice as an Assistant District Attorney, City Attorney, and Supreme Court law clerk. He has received various awards, including recognition for Outstanding Judicial Service from the Board of Bar Commissioners and an Outstanding Community Service Award. Judge Jones is also involved in community and professional organizations including the Behavioral Health Commission and "Character Counts." He received his undergraduate degree from the New Mexico Institute of Mining and Technology and his law degree from the University of New Mexico.