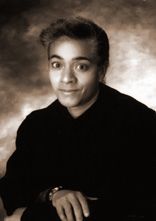 Evaluation: Judge Jewell received positive ratings during this evaluation. The evaluation revealed her strengths to be fairness, administrative skills, and maintaining respect for, and control over, those involved in her courtroom. Respondents indicate that her recognized skills as a patient listener are of particular benefit in her handling of domestic violence cases, where emotions are often at a peak. The judge improved in many areas of assessment from the previous evaluation. She agreed to continue working on making timely rulings and making decisions free from influence of public opinions. Judge Jewell has consistently displayed a commitment to self-improvement.

Experience & Education: Judge Jewell began her professional career as an attorney focusing on family law cases, and later served on a special commission on domestic violence. She was appointed, then elected, to the district bench in 1996, where she has presided over criminal, family law, and domestic violence cases. Her commitment to the community is evidenced by service on the Domestic Violence Task Force Committee, the New Mexico Medical/Legal Domestic Violence Committee, and on the Attorney General's Task Force on Violence Against Women. Judge Jewell received both her undergraduate and law degrees from the University of New Mexico.