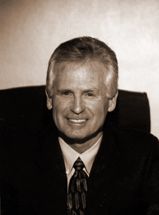 Evaluation: Judge Jeffreys received positive ratings from all populations surveyed for this evaluation. Some of his specific strengths indicated from these results include: thorough preparation of court cases, promptness in scheduling hearings and trials, clear oral and written communications, knowledge of the rules of procedure and of substantive law, and attentiveness and control over the proceedings in his courtroom. He has been involved with the Juvenile Boot Camp and Drug Court. This evaluation did not indicate any specific areas of concern for the judge to address. Judge Jeffreys continually strives to improve in all areas of his profession and has managed to improve upon some of the high scores he received in his previous evaluation.

Experience & Education: Judge Jeffreys was elected to the district judgeship in November 1998, and became Chief Judge in April 2001. Prior to this he worked in private practice for 24 years in Deming, New Mexico. The judge has been involved in community activities for many years, including service on the board of directors of the Kingdom of the Sun Retirement Center and of Mimbres Library Foundation, Inc. Judge Jeffreys is a member of the New Mexico Bar Association and the American Bar Association and former member of the District Judges' Association Board. He received his undergraduate degree from the University of Arkansas and his law degree from the University of New Mexico School of Law.