Evaluation: Judge Rosie Lazcano Allred received quite positive scores from the attorneys surveyed for maintaining proper control over proceedings, being attentive to the proceedings, and for ensuring her personal staff is professional, productive, and knowledgeable. The court staff rated her highly in all areas. Because civil court judges are not evaluated by resource staff, a courtroom observation was conducted to receive a supplementary assessment of Judge Lazcano Allred. The observers' report was very positive, commending her for being courteous and respectful to both sides, as well as being knowledgeable and impartial. 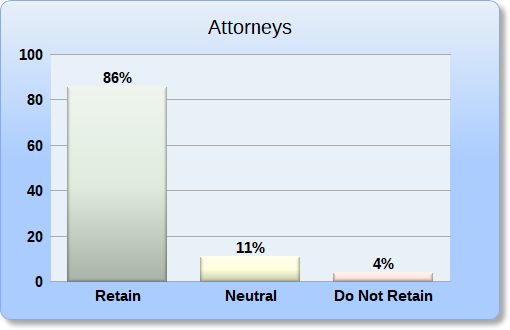