Evaluation: Judge Elizabeth Whitefield received quite positive ratings from all the population groups surveyed. For example, attorneys rated the judge highly for being courteous to all participants, demonstrating appropriate demeanor on the bench, conducting herself in a manner free from impropriety, and for her knowledge of the law. Court staff rated the judge positively in all areas surveyed. 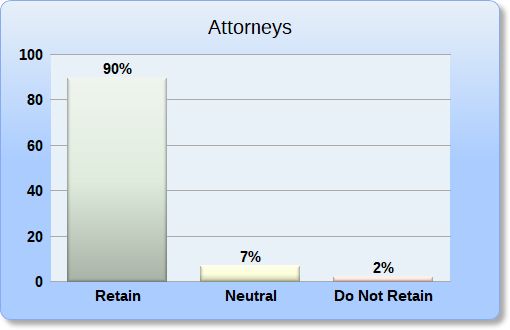 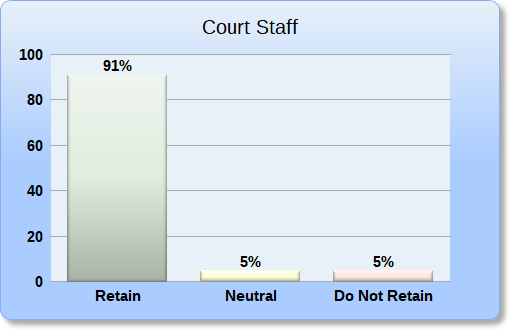