Evaluation: Judge Nan Nash received quite positive ratings from both attorneys and non-attorneys. For example, attorneys rated Judge Nash highly for displaying familiarity with court cases through prior preparation, being punctual in commencing proceedings, being attentive to the proceedings, and for maintaining proper control over proceedings. In addition, the court staff rated Judge Nash very highly in all areas.

Experience & Education: Judge Nash was appointed District Court Judge in 2003 and elected in 2004. She presides over family and domestic violence cases. Prior to her appointment as a judge, she served as a family court hearing officer, special commissioner on domestic violence and was the director of the Court Alternatives Division of the Second Judicial District. She received her undergraduate degree from Indiana University in 1985 and her law degree from the Indiana School of Law in 1989. She currently serves as an adjunct professor, lecturer, and externship judge at the UNM School of Law. 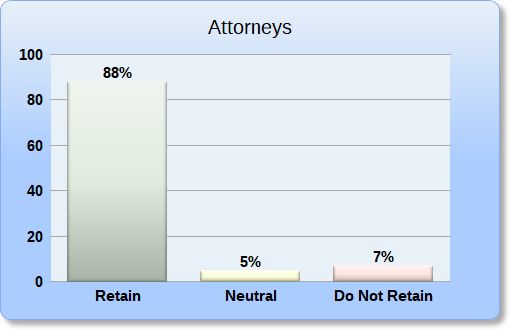