Evaluation: Judge Gerard Lavelle scored quite positively among each of the groups surveyed. Among attorneys, Judge Lavelle scored very highly for being punctual in commencing proceedings, displaying familiarity with the cases through prior preparation, and for being attentive to the proceedings before him. Judge Lavelle also scored very highly among attorneys for ruling on cases in a timely manner, for being able to decisively rule on procedural and substantive matters, and for maintaining proper control over the proceedings. The court staff scored Judge Lavelle very highly for behaving in a manner that encourages respect for the courts and for respecting all court employees regardless of position. 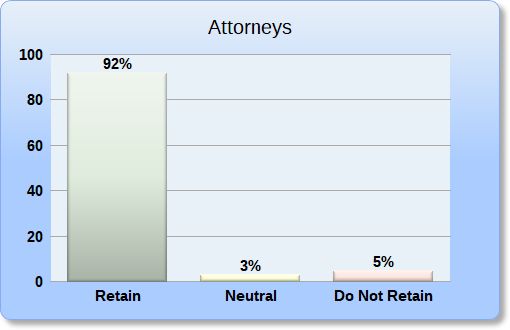 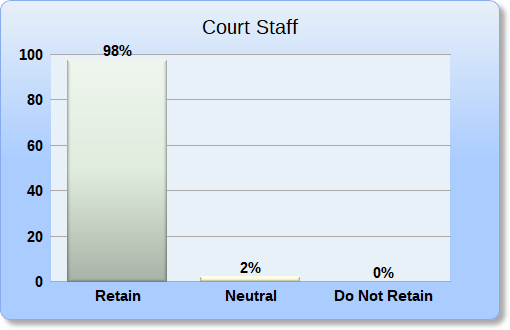