Evaluation: Judge Valerie Huling received high ratings in all areas of her evaluation. For example, attorneys rated Judge Huling highly for maintaining proper control over proceedings, being attentive to proceedings, demonstrating appropriate demeanor on the bench, and for ruling on motions or cases in a timely manner. In addition, the court staff gave Judge Huling very high scores for conducting herself in a proper manner and for respecting all court employees. Judge Huling has consistently been rated highly in all areas of her overall judicial performance.

Experience & Education: Judge Huling was appointed District Court Judge in 2003 and elected in 2004. Prior to her appointment, she worked in private practice with an emphasis in civil law. Judge Huling is active in various community and professional organizations. She received her undergraduate degree from Xavier University of New Orleans in 1980 and her law degree from University of New Mexico School of Law in 1985. 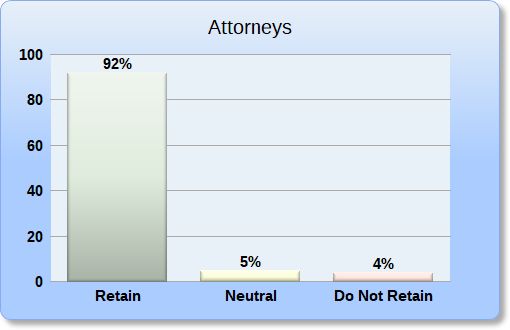