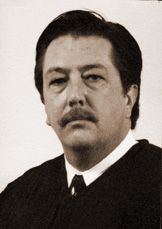 Evaluation: Judge Counts received positive ratings in this evaluation, particularly in the areas of fairness and demeanor. The populations surveyed as part of this evaluation process indicate that Judge Counts treats all participants in his courtroom in an impartial, courteous manner. He also received positive ratings for the clarity of his written and oral communications, his attentiveness to the proceedings, and his ability to maintain proper control over the courtroom. Judge Counts received slightly lower ratings in the areas of promptness, both in terms of scheduling hearings as well as in rendering decisions. The judge has expressed an intention to focus on these areas as he endeavors to make ongoing improvements to his judicial performance.

Experience & Education: Judge Counts was appointed to the District Court in 1999, and won election to that office the following year. Prior to this, he served as an Assistant District Attorney and worked in private practice. Judge Counts has been involved in community and professional organizations, including service on the Board of Directors for the Salvation Army. He received both his undergraduate and law degrees from the University of New Mexico.