Evaluation: Judge Walton received mixed ratings from the various populations surveyed for this evaluation. Some of her specific strengths among attorneys include attentiveness to the proceedings, maintains proper control over proceedings, and decisively rules on procedural and substantive matters. The attorneys and court staff rated her positively for ensuring her personal staff is professional, productive and knowledgeable. The court staff also gave her positive ratings for behaving in a manner that encourages respect for the courts. Among attorneys, her scores are somewhat lower for not always displaying a sense of fairness and impartiality toward each side of the case, not always treating all participants equally, and for not always avoiding being arrogant. However, after considering the survey results, the court observations, and her interview, the Commission concluded that Judge Walton is committed to improving her judicial performance.

Experience & Education: Judge Sharon Walton has served as a Metropolitan Court Judge since August 1999. She was Assistant New Mexico Attorney General, Deputy General Counsel for the New Mexico Corrections Department, Assistant City Attorney, and General Counsel for the Albuquerque Police Department. She has been active in various community and professional organizations. Judge Walton graduated from New Mexico State University and received her law degree from the University of New Mexico. 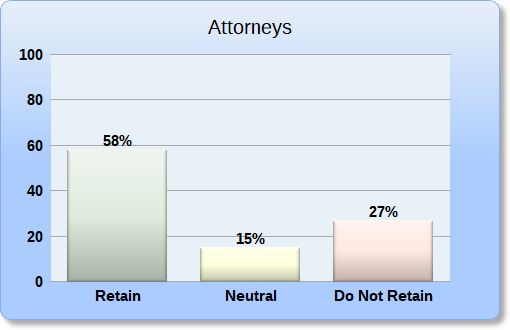 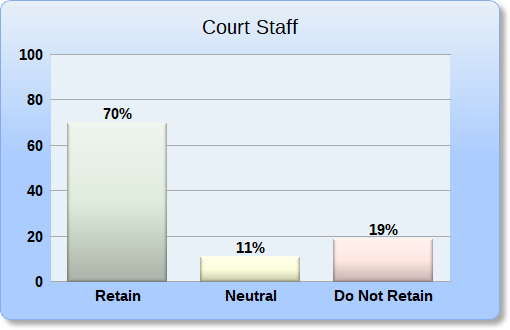