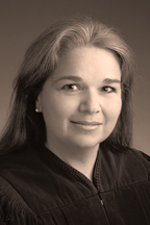 Evaluation: The Commission has found it difficult to evaluate civil judges in the Bernalillo County Metropolitan Court because there are few attorneys, resource staff (i.e. law enforcement officers) and jurors that participate in civil trials. However, the Commission was able to conduct courtroom observations and review survey results from the court staff. Judge Lazcano Allred received very positive ratings from the court employees. Specifically, the judge scored very highly for behaving in a manner that encourages respect for the courts, respecting all court employees regardless of position, and ensuring personal staff is professional and knowledgeable. In addition, observations were conducted on behalf of the Commission in Judge Lazcano Allred's courtroom. The observers' report was very positive, indicating that the judge treated all participants with respect and courtesy.

Experience & Education: Judge Lazcano Allred was appointed to the Metropolitan Court in July 2005 and elected in November 2006. She received her undergraduate degree from University of Wisconsin – Eau Claire and her law degree from Creighton University. Prior to her judicial appointment, she served as assistant district attorney for the 11th and 2nd judicial districts as well as a contract public defender for the 13th and 2nd judicial districts. She is a member of the New Mexico Hispanic Bar Association and the New Mexico Women's Bar Association. 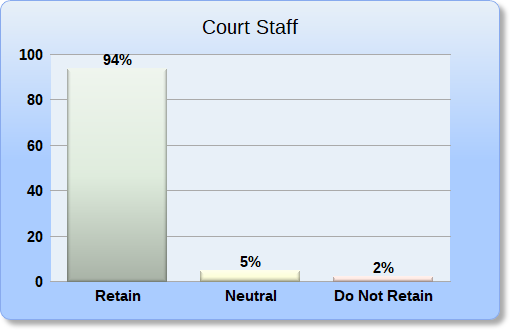