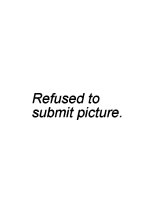 Evaluation: In general, Judge Brown received favorable ratings as part of this evaluation. The judge was given high scores for her demeanor, fairness, knowledge of the law, communication skills, and overall judicial performance. Judge Brown received slightly lower ratings in the areas of punctuality and impartiality, with some respondents indicating that she does not always interpret the law without regard to potential public criticism. Overall, the scores she received as part of her current evaluation exhibit a slight decline over those received during her previous evaluation. Judge Brown was suspended by the New Mexico Supreme Court for matters relating to her alleged personal conduct. Judge Brown was later convicted of misdemeanor counts of telephone harassment and disorderly conduct. The above recommendation not to retain Judge Brown is based on the commission's concerns that questions relating to her personal behavior, suspension and convictions may negatively impact her ability to carry out her future judicial duties.

Experience & Education: Judge Brown has served as Metropolitan Court Judge since 1993. Prior to this she worked as an Assistant Attorney General for the District Court, Appellate Attorney for the Human Services Department, Head of the Metro Court Public Defender's Office, and in private practice. Her community activities include serving as a volunteer instructor for both the University of New Mexico and the Albuquerque Police Department's DARE program. She received both her undergraduate and law degrees from the University of New Mexico.