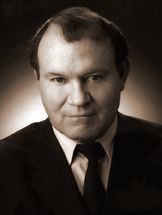 Evaluation: Judge Brennan, the Chief Judge of the Second Judicial District, received positive ratings from all groups surveyed for this evaluation. In particular, he is considered very knowledgeable of the rules of substantive law and is appreciated for both his courtesy to participants and his receptiveness to alternative forms of dispute resolution. Judge Brennan has extensive experience on the bench, having served in the Family and Civil Courts as well as the Criminal Division where he currently works. This experience enables him to handle his caseload while performing the numerous administrative duties required of the Chief Judge. The evaluation results indicate areas for Judge Brennan to focus his self-improvement efforts. Judge Brennan has improved in almost every area since his previous evaluation, and he remains dedicated to continually increasing his effectiveness in the courtroom.

Experience & Education: Judge Brennan has been a District Judge for 22 years and has served as the Chief Judge of the Second Judicial District for 18 of those years. He is an active participant in numerous community and professional organizations. Judge Brennan received his undergraduate degree from the University of Notre Dame and his law degree from the University of New Mexico.